We’ve got some exciting news to announce today, and it’s been a long time coming. 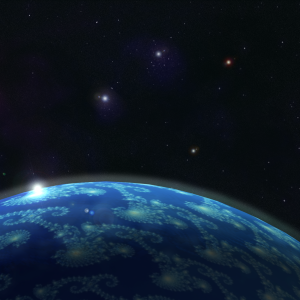 Starting today, right now, you can pre-order The Cure for Chaos Theory from our music shop! You can pre-order the digital album, a signed copy of the physical CD, a limited edition t-shirt, a limited edition poster, or a combination pack of all of the above. The proceeds of all pre-orders will go toward the final production costs of the album, including final mixing, mastering, and disc printing. By buying now ahead of time, you can really help us out in getting things finished.

But that’s not all! Even though the final release of the album has been pushed back a bit into 2014, you can stream the rough mixes of all the finished tracks right from our music site. Note that these aren’t the final mixes, and they’re still unmastered. This means that the tracks won’t sound as clear or as strong as the final mixes, and that the music will overall be a little quiet. But the content of the songs is all there, and I’d rather you get to hear what’s coming now than have to wait until it’s finalized.

And as an added bonus, all pre-orders come with an immediate download of the rough-mix tracks! That’s right, to say thanks for pre-ordering the album, you get a copy of the music in this rare rough-mix form. When the album is finally released, these rough mix tracks will disappear from the interwebs completely, and you alone will be holding a rare digital artifact.

So go on, listen to the new tracks and pre-order the final album today!

Psycliq is a one-man musical project by Justin Richer, working in the strange musical world of experimental electronic rock. View all posts by psycliq